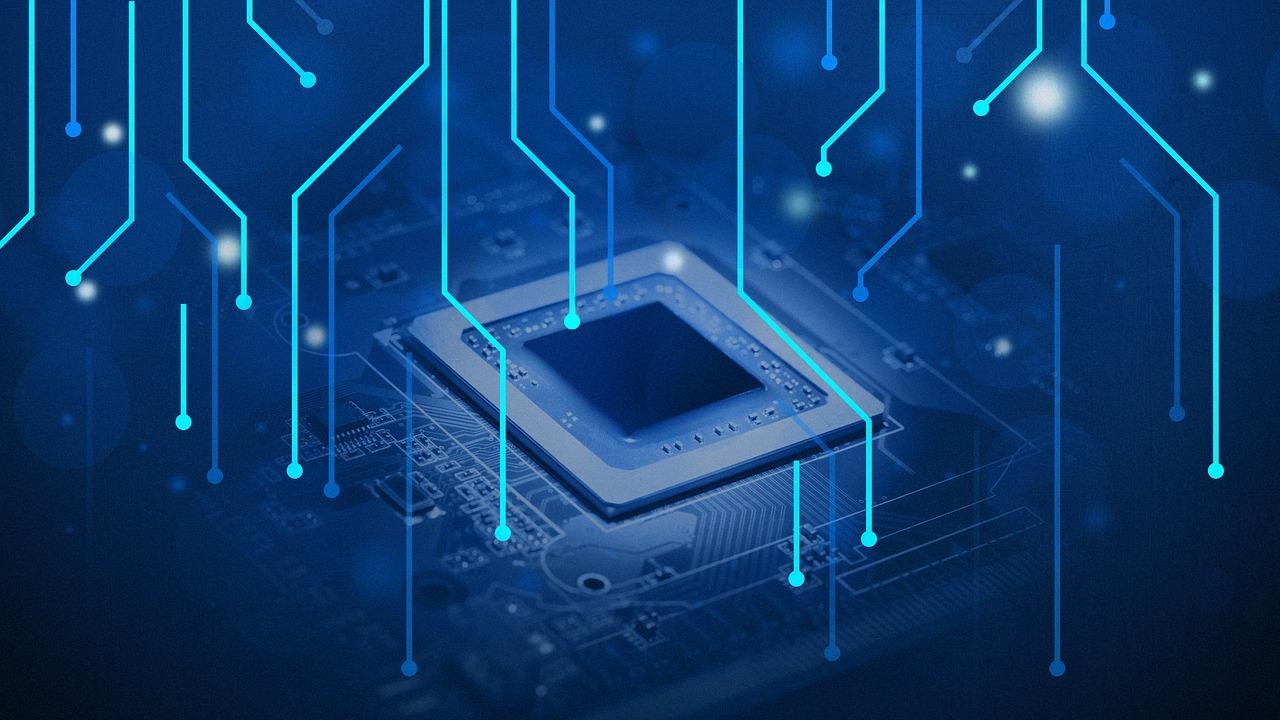 It’s not just email. Employers are mining the data their workers generate to figure out what they’re up to, and with whom. There’s almost nothing you can do about it.

Your employer may know a lot more about you than you think.

The tone of your voice in a meeting. How often you’re away from your desk. How quickly you respond to emails. Where you roam in the office. What’s on your computer screen.

To be an employee of a large company in the U.S. now often means becoming a workforce data generator—from the first email sent from bed in the morning to the Wi-Fi hotspot used during lunch to the new business contact added before going home. Employers are parsing those interactions to learn who is influential, which teams are most productive and who is a flight risk.

Companies, which have wide legal latitude in the U.S. to monitor workers, don’t always tell them what they are tracking. When executives at McKesson Corp. wanted to know why some of its teams had higher turnover the pharmaceutical wholesaler last year worked with a people analytics startup to examine data on the sender, recipient and timing of over 130 million emails—not the content of the messages—from more than 20,000 U.S. employees to see what dots it could connect about relationships.

The analytics firm, TrustSphere, found that teams with lower turnover typically had a diverse mix of internal connections up and down the chain of command inside the company and with external contacts, while teams with higher turnover had stronger relationships outside the company and weaker relationships with colleagues at their level or lower inside the firm. McKesson says it only looked at groups of workers, not individual employees out of respect for worker privacy and opted not to disclose the analysis to employees at the time because it did not look at email content.

“The beauty of what we’re getting out of this is information to make our teams function better,” says R.J. Milnor, vice president, workforce planning and analytics at McKesson.

McKesson has not yet determined what changes it will make as a result of the findings, but has considered adopting a more open office plan to encourage more discussion between employees. It is also exploring ways to predict which teams are at risk of losing members based on their relationship patterns.

It’s not just emails that are being tallied and analyzed. Companies are increasingly sifting through texts, Slack chats and, in some cases, recorded and transcribed phone calls on mobile devices.

Microsoft Corp. tallies data on the frequency of chats, emails and meetings between its staff and clients using its own Office 365 services to measure employee productivity, management efficacy and work-life balance.

Tracking the email, chats and calendar appointments can paint a picture of how employees spend an average of 20 hours of their work time each week, says Natalie McCollough, a general manager at Microsoft who focuses on workplace analytics. The company only allows managers to look at groups of five or more workers.

Earlier this year, Microsoft sales team members received personalized dashboards that show how they spend their time, insights that managers cannot see. The portal offers suggestions on how to build out their networks of contacts and spend more time with customers rather than in internal meetings.

Microsoft also sells that type of workplace analytics software to other companies, such as Macy’sInc., which crunched data on staff work-life balance by measuring how many hours employees spend sending emails and logged in outside of business hours. Mortgage giant Freddie Mac used Microsoft’s analysis to gauge how much time workers spent in meetings and try to determine whether some of those gatherings were redundant.

Advocates of using surveillance technology in the workplace say the insights allow companies to better allocate resources, spot problem employees earlier and suss out high performers. Critics warn that the proliferating tools may not be nuanced enough to result in fair, equitable judgments.

“There’s what’s legally right and what you need to do to maintain trusting relationships with your employees, and they are not always the same thing,” says Stacia Garr, co-founder of workforce research and advisory firm RedThread Research, which researches and advises companies on human resource-related issues.

Diana Hubbard, a 41-year-old user-experience designer and researcher in Fort Worth, Tex., does not communicate about her private life on work devices at all—not even to make a dinner reservation online. She keeps a personal smartphone and two personal laptops—one dedicated to gaming—in addition to her work-issued phone and computer. When she travels for work, Ms. Hubbard sometimes carries two phones and two laptops and avoids connecting her personal phone to any corporate Wi-Fi unless she sets up a virtual private network connection.

“I’m not all tinfoil hat or anything,” she says, noting that she tries to avoid sharing personal data online altogether. “Data is so valuable that I don’t like to give it away for free, no matter who is trying to take it or access it. That’s really what it comes down to. This is mine. I own it.”

For years companies have made workers sign technology agreements detailing how any digital transmission that flows across a work-issued phone or computer is company property. U.S. employers are legally entitled to access any communications or intellectual property created in the workplace or on devices they pay for that employees use for work, employment lawyers say.

Now companies are getting smarter at analyzing the trove of worker data in their possession. One of the newest frontiers is dissecting phone calls and conference room conversations. In some cases, tonal analysis can help diagnose culture issues on a team, showing who dominates conversations, who demurs and who resists efforts to engage in emotional discussions.

Life Time Inc., which operates a chain of fitness facilities, uses language processing provided by a two-year-old company called Ambit Analytics to evaluate how newly hired club managers are able to solve problems in small groups. The training exercise surfaces information on how much a person talked over others and rates their speech and volume.

Five to eight participants and a group facilitator download an app on their phones and press a button to begin the recording. They are typically given a hypothetical problem to solve. Life Time then counsels its new hires about what skills to work on, whether becoming a better listener or speaking up more often, says David Pettrone Swalve, vice president of education at Life Time. Some people, he says, find it easier to hear feedback based on data rather than another person, which can seem subjective.

“Black Mirror is upon us,” Mr. Swalve says, referring to the popular futuristic Netflix show.

Using emails to decipher customer and internal relationship patterns helped Ramco Systems, a software maker based in Chennai, India, reduce the time it took to train new sales team staffers across its offices, which range from Princeton, N.J., to Singapore. When a sales executive left the company, for instance, Ramco could identify that person’s 50 strongest client relationships and quickly pass along the information to their replacement. Doing so meant it took weeks instead of up to five months to get new hires on the team up to speed, the company says.

Ramco used TrustSphere to help with its analysis of digital interactions. TrustSphere Chief Executive Manish Goel says his firm doesn’t look at the content of emails or chats but it can still highlight an organization’s internal influencers by identifying those whose messages get quick responses and who have strong, ongoing relationships with peers throughout the company. Mr. Goel says it’s possible to glean useful clues from data handled in ethical, transparent ways while respecting worker privacy.

Some executives and researchers warn that artificial intelligence in the workplace and natural language processing technology is still evolving and the data employers can capture paints only a partial picture of a worker’s day or relationships. While it’s easy to identify joy or anger, detecting more nuanced emotions is difficult.

Demand for workplace analytics have spawned dozens of other startup companies such as Bunch.ai, which analyses the tone of Slack channels to gauge team chemistry and morale. It declined to name its customers. More than 2,000 employers across industries including health care, energy, legal, automotive and government now use Aventura, Fla.-based Teramind’s monitoring technology, says Eli Sutton, vice president of global operations. Many have a particular focus on keeping documents and intellectual property from finding their way to competitors.

Teramind deploys a suite of software that can take a live look at employees’ screens, capture real-time keystrokes, record video of their activities and break down how they spend their time. Some employers opt to set up alert systems so that if a worker opens certain documents and tries to print them, software will attempt to prevent such an action and notify an administrator. Teramind can also classify employees’ hours as productive or unproductive, based on activities like scrolling through Facebook.

The technology shows companies how work actually gets accomplished, Mr. Sutton says, and most clients notify workers that they may be monitored. A number of firms also are using Teramind to keep tabs on their remote workers. Teramind declined to name its customers.

Others are testing the boundaries of how much privacy workers will relinquish. Ben Waber, a scientist at the Massachusetts Institute of Technology and co-founder of a Boston startup named Humanyze, led a group of MIT researchers that tested microphone-equipped badges to record the tone of worker voices and sensed changes in their stress levels. The technology was tested by a Fortune 500 bank in the U.S. and several companies in Japan, where workplace stress-induced suicide is a problem. The badges proved effective, though hard to scale, Mr. Waber says.

“Your employer controls your livelihood and if they say ‘give me this data’, it’s very hard to say no,” Mr. Waber says.

During the research project, employees fitted with the recording badges signed up for the experiment and knew they were being monitored.

Humanyze shifted its focus to Bluetooth badges that can track a worker’s movements throughout the office and found success. It pairs that data with information on the frequency of their emails to help companies measure staff collaboration and productivity. Humanyze would not disclose the identity of its customers. Mr. Waber says the U.S. still needs clearer regulation of employee monitoring and data collection.

Executives at communications provider 8×8 Inc. say they can identify when staff start working on their employer-subsidized mobile devices at the beginning of the day, when they stop for lunch and when they send the last chat or email in the evening. Its customers include Condé Nast, which uses it to analyze how many calls are made on mobile phones versus desktop phones and the Alzheimer’s Association, which uses it to study the tone of calls from patients and their caretakers.

Workplace communications services from 8×8 help employers measure performance, and maintain intellectual property when employees leave because communications like phone calls can be transcribed, its executives say.

“How do you know that they are not using bad language? That they didn’t say something stupid,” says Dejan Deklich, chief product officer at 8×8.

Laszlo Bock, who helped found the concept of “people analytics” during his tenure at Alphabet Inc. ’s Google, warns that employers are in danger of making their workers uncomfortable by monitoring their every move and message. He is now CEO of an employee survey company called Humu.

“You don’t have to hook every employee up to an MRI to find out how to make them work better,” he says.